IR35 (or the Intermediaries Legislation), refers to tax legislation introduced in April 2000. IR35 was introduced to crack down on a particular form of perceived tax avoidance, where individuals would seek to avoid paying employee income tax and NIC’s by supplying services through an intermediary (usually a Personal Service Company, PSC).

However, this did not deter the perceived tax avoidance, so the Government introduced the off-payroll working rules to the public sector in 2017, shifting responsibility for determining employment status from the consultant to the end-client (or hirer).

In the Autumn 2018 Budget, it was confirmed that the reforms would be rolled out to the private sector. Originally intended for introduction in April 2020 but postponed amid the COVID-19 pandemic, IR35’s new off-payroll working rules are now set for April 2021.

What does IR35 mean for contractors?

April 2021’s proposed changes shift control of determining employment status from the contractor, instead putting it in the hands of their end-client. The question of whether a worker may be deemed an employee must be considered if the contract for the supply of services is through an intermediary (PSC) that meets certain conditions.

If a consultant is likely to fall inside of IR35, we suggest our Flexible Employed Model. In this instance, Procorre act as the Employment Business and their payroll will be run through an FCSA Accredited provider, taking any risk away from businesses. This can also benefit consultants by making them more appealing to potential clients, by alleviating their IR35 responsibility.

PSCs can also utilise our IR35 Review Pack, to assist them in ensuring they fall outside of IR35 and make sure they are compliant.

How to determine whether employment status applies

To determine employment status, questions should focus on aspects of the engagement such as:

Control, any right of substitution, the tasks that the worker undertakes and the basis on which they undertake them (mutuality of obligation), scheduling, length of engagement location, provision of equipment, basis of payment, disciplinary matters, liabilities and indemnities, benefits and whether and/or how the worker represents their client, either internally or to third parties, financial risk faced by the contractor, termination period and whether the engagement is exclusive.

What does IR35 mean for businesses?

If you represent an organisation which works with intermediaries to receive services, and fall into the below conditions*, then April 2021’s IR35 changes will shift the responsibility to determine the employment status of these workers onto you. Organisations will need to notify their contracting party and the worker of their conclusion via a Status Determination Statement (SDS).

The rules apply to all public sector clients and private sector companies that meet two or more of the following conditions:

For businesses who are starting to think about their IR35 determination processes, Procorre offer services for all parties in the supply chain (end-clients, intermediaries, and workers), to ensure that working relationships are adapted for the best outcomes to ensure the retention of communication, productivity, and satisfaction.

What is the CEST tool?

HMRC’s online CEST tool has been constructed to take account of judgements of the courts and tax tribunals on deemed employment status. The CEST tool asks several questions about the nature of the relationship between the worker, the intermediary and the end-client.

HMRC has stated that the output from the CEST tool, which contains all the questions and answers, meets the legislative requirements for a valid Status Determination Statement (SDS). HMRC will be bound by the output of the CEST unless it has been obtained fraudulently or the circumstances influencing the determination have changed. However, many consultants have a mistrust of the HMRC tool, and appeals have been less common with the use of third-party alternatives. 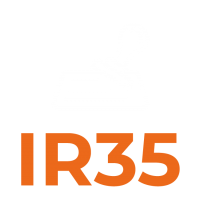 What is the IR35 appeal process?

IR35 reforms were initially set for introduction in April 2020, however this was delayed for a year following an announcement from Chief Treasury Secretary Steve Barclay in March 2020.

Despite existing challenges that businesses are facing with relation to the pandemic, the Government has affirmed that IR35 has gone ahead as originally proposed, but has provided little guidance on how the determination specifications will change in light of increased remote working.

If your organisation has concerns regarding the management of IR35 admin considering the COVID-19 pandemic, Procorre can support your relationship with PSCs via our Flexible Employed Model. This allows Procorre to act as the Employment Business, manage determinations, run all payroll through a FCSA Accredited partner, and cover all administration and responsibility.

In Autumn 2019, Procorre conducted exclusive market research on the freelance contracting industry to ask the question ‘is the industry ready for IR35?’.

In our report, we uncovered that 50% of businesses and contractors stated that they had found it difficult to concentrate on other important tasks because of the impending legislation. 47% of respondents agreed that the legislation had taken over their time, and that they were drowning in paperwork because of IR35. 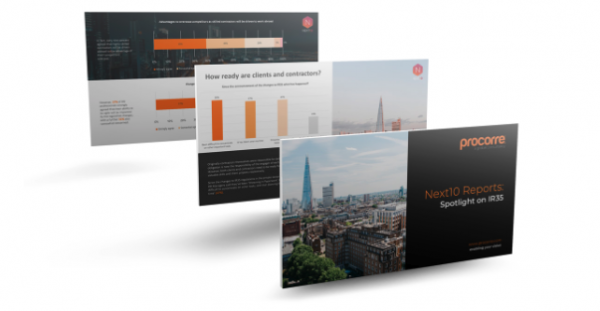 What is an IR35 Status Determination Statement? (SDS)

We can offer to take any administrative burden away from businesses, by offering our IR35 Review packs as a Status Determination Statement (SDS) – this will provide a more tailored, personal approach than CEST and also means we will be on hand to assist with any appeals. In some cases, appeals have been less likely to arise when using a Procorre IR35 Review over the CEST tool as many consultants have a mistrust of the HMRC tool.

How can Procorre assist with IR35?

Our multi-layered approach to IR35 is built to assist all parties in the supply chain with the legislative changes.

Procorre can act as the Employment Business for consultants and ensure that payroll is covered effectively. Upon employing the contractor, we take on all the responsibility of determinations for workers and ensure that they can continue to work for you, the way they always have done

We create comprehensive Review packs for our consultants to fully assess their working relationship with their end-client and indicate their risk of being deemed employed status. We can also provide a full SDS for clients following the provision of the Review Pack, alleviating all responsibility from the business.

We can assist organisations with drafting their contracts to ensure that they are fully compliant, providing the consultant’s working practices fall outside of the legislation.

This website uses cookies to improve your experience while you navigate through the website. Out of these cookies, the cookies that are categorized as necessary are stored on your browser as they are essential for the working of basic functionalities of the website. We also use third-party cookies that help us analyze and understand how you use this website. These cookies will be stored in your browser only with your consent. You also have the option to opt-out of these cookies. But opting out of some of these cookies may have an effect on your browsing experience.
Necessary Always Enabled
Necessary cookies are absolutely essential for the website to function properly. This category only includes cookies that ensures basic functionalities and security features of the website. These cookies do not store any personal information.
analytics
This website uses Google Analytics cookies to track the website’s performance and user behaviour. The following are the cookies installed by the service: ebGAClientId eblang GPS _gid _gat_gtag_UA_50811345_1
advertisement
This website uses a variety of third parties to measure and track the effectiveness of advertisement on the website. Cookies used are the following: NID mgrefby sp AS ss mgref VISITOR_INFO1_LIVE IDE
Save & Accept
Powered by